LAST LICKS is CONNECTICUT’S BAND OF THE YEAR 2019. Given that distinction from Governor, Ned Lamont.

LAST LICKS is a top shelf classic rock band based in central Connecticut. The band differentiates themselves from all other bands in the genre by pulling out the songs that are uncommonly played, yet very well known and loved. The band is talented, charismatic, and delivers a show that always leaves the audience wanting more.

LAST LICKS began as a 4 piece band when original bassist Steve Shore, formerly of Cryer/Oreo and assorted other well known CT bands, made an introduction to singer Bill Wilson, after running into Bill’s band in a CT night club. Guitarist Gray Fowler and drummer Joe Santucci all got together for a “jam” in January 2006. “From the very beginning of that afternoon, everyone just kind of knew something really special was happening”, says singer Bill Wilson.

This lineup of LAST LICKS played the CT club scene. from September 2006 until November 2008, when Steve was diagnosed with lung cancer and subsequently passed away a short time later. The band was devastated and questioned if continuing could ever pull off the kind of magic they had felt together, in their original state.

After playing a benefit concert in May 2010 with guest players in tow, Joe, Gray, and Bill asked bassist Remo Capello from Frantic City, and keyboardist Bruce MacPherson (Fleetwood Mac/Thunder Road/Dana Carvey Show and more) to join.

The new lineup debuted to a standing room crowd in downtown Hartford in November 2010. Encouraged by the positive response of that night, the band has made the committed decision to carry on. They are very inspired and thrilled at what the new LAST LICKS is creating. “We are like brothers. We fight and laugh, and really just dig each other’s company”, says drummer Joe Santucci. “Having keys in this version of the band opens a lot of doors in the way of new material”, states guitarist Gray Fowler, “We are thrilled to be back!” 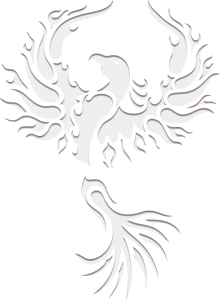 “We have the most loyal fans of any band”, says bassist Remo Capello. “This band has a rich history of playing material that you weren’t expecting to hear, but feel excited as you recognize what the band is doing”.

“People have been great to us upon returning to performing. In addition to Gray, Bill and Joe being close with Steve, Remo and I both knew Steve as well. In fact I played on his solo CD. It’s funny how it all comes full circle” says Bruce MacPherson.

The band agrees that it was really special that everyone knew, loved and respected Steve, and they believe that they are carrying on his torch as they continue on in the band they created together. The players are very excited about the future. It doesn’t hurt that Bruce and Remo are monster players either, agrees Fowler, Wilson and Santucci.

The fans have been loyal to LAST LICKS and the band hopes that they will ALWAYS give back the same love to their fans as well. Without their support, it couldn’t have continued on as it did. THANK YOU!

LAST LICKS helped found and continues to support the The Steve Shore Recovery Trust (SSRT). The SSRT was established to help Steve Shore and his family financially as they worked through his cancer treatments. SSRT continues to honor Steve through support of the music healing program at CT Children’s Hospital and other SSRT beneficiaries through donations received throughout the year, and from an annual fundraising concert event. This is something that really makes a difference, but without our loyal friends and fans, it wouldn’t be possible.